Photo: Lodz, Poland, Women and children on either side of a chain link fence in the ghetto. All rights reserved.  Used with permission of Yad Veshem.

Boston College in collaboration with the International Institute for Holocaust Research, Yad Vashem, invites you to a three-day virtual seminar on remembering the experiences of women and children during the Holocaust. Each day consists of a lecture followed by small group conversation for further reflection. Online resources are also available throughout the seminar.

In oral accounts, the context in which the telling takes place is central to understanding the construction of an individual’s story. In the case of survivors of the Holocaust the contexts include: the evolving cultural interpretations of the Holocaust, the image and role of the survivor in society, and the established tropes and narratives through which experience is communicated. This presentation is based on the testimonies of Holocaust survivors who told their stories to different collections over time, including: The VHA, USHMM, Yad Vashem, David Boder Interviews and The Central Jewish Historical Commission.

July 19 - Women’s Voices during the Holocaust

This lecture follows the lives of Jewish women in the Auschwitz-Birkenau concentration and extermination camp in the years 1942-1945. It focuses on the uniqueness of the female experience in this space, focusing on topics such as loss and the struggle for survival, menstruation and pregnancy, sexual exploitation, mother-daughter dynamics, relationships between female prisoners, women in the underground movement in the camp, the liberation, and so-called “return to life.”

July 20 - The Voices of Hidden Children

This lecture examines the everyday lives of women religious on the eve of the Second World War. How were religious sisters and nuns formed in their religious life? How did they live their vows of poverty, chastity and obedience? What were their relationships with those outside their religious community? Inside the convent? And with figures of authority such as the mother superior or the bishop?

Eliot Nidam-Orvieto, “Letters to and from Parents of Children Hidden in Convents and Catholic Institutions in France during the Holocaust: What Do They Tell Us?”

In France, thousands of Jews, many of them children, were helped and/or hidden by Catholic religious in their convents or in schools and charitable institutions operated by them during the Holocaust. This presentation concentrates on letters written by hidden children, particularly those from the convent of Massip near Toulouse, operated by the Sisters of the Company of Mary, Our Lady. This lecture explores the children’s daily life experiences in this new religious setting.

Not sure how to register? 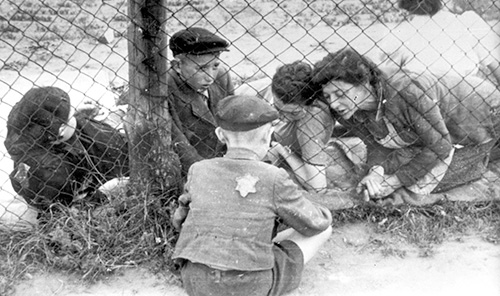 Catalog Beta Installation
This installation is for testing, and will reset periodically without notification.